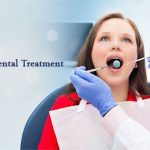 Root canal therapy is specifically known to be endodontic therapy which is a kind of important dental treatment as it is proved helpful to remove an infection from within a particular tooth. Along with that, it can possibly protect the particular tooth from any sort of future infections. One can also opt for the Root Canal Treatment Melbourne.

Specifically, this procedure is carried out in the tooth pulp and it is called the root canal.

What Is Known As The Root Canal Treatment?

From the very long being, root canal treatment is known to be painful. A root canal is not considered to be a treatment but, it is an important part of a tooth. So, it is specifically the hollow section of a tooth that has the blood vessels, nerve tissue along other cells which are called the pulp.

A tooth mainly possesses a crown along with the roots. Also, the crown is mostly present above the gum whereas the roots are present below it. Again, the roots are involved in attaching the tooth to the jawbone.

The pulp is again present within the crown and also the root or the root canal. In this case, the overall nourishment of the tooth is mainly provided by the pulp. It is also involved in providing moisture to the adjacent material. The nerves present in the pulp sense hot as well as cold temperatures as the pain.

Commonly, this particular dental procedure is known as a root canal. This is again known to be the endodontic therapy that specifically means “inside the tooth”.

What Are The Important Steps Of Root Canal Treatment?

The root canal therapy is mainly done in three steps given below. So, it takes between one as well as three sessions to complete.

1. Cleaning Of The Root Canal

The first step involves cleaning of the root canal. In this step, the dentist removes almost everything which is present within the root canal. A small access hole is specifically made on the tooth surface with the patient under local anesthesia. It helps to remove both the diseased as well as dead pulp tissue with specifically very small files.

2. Filling Of The Root Canal

The next step includes cleaning, shaping and also decontaminating the hollow area by using the tiny files as well as irrigation solutions. After that, the tooth is mainly filled with the help of a rubber-like material by using a kind of adhesive cement which helps to seal the canals completely.

The tooth is seen to be dead just after the root canal therapy. As a result, the patient will no longer feel any kind of a pain in the tooth as there is the removal of nerve tissues. In this way, the infection has been possibly eliminated.

3. Addition Of A Crown Or Filling

Until the completion of the filling or crown, the patient should not bite or chew on the tooth. Along with that, the person can possibly use the tooth as before once there is a crown or filling is done.

Often, this kind of treatment takes only one appointment. But, in case there are large infections, multi canals or curved canals, this could only take one or two extra appointments.

How Painful Is It?

The pain which is felt specifically comes from the infection but not from the treatment. Also, this particular treatment does not cause any pain, but, it possibly helps to alleviate it.

By numbing the tooth as well as the surrounding area with the help of local anesthesia, the dental surgeon will help to relieve the overall pain of the procedure.

Some tenderness is normal after the treatment. So, it is considered to be temporary as well as over-the-counter or OTC pain medication which may be enough to relive it. But, if needed, some prescription drugs like codeine are also obtainable.

So, in case you need, you can possibly opt for the best Root Canal Treatment Melbourne.

What Is A Root Canal?

The particular term “root canal” refers to the inner or passages of the tooth mainly present between the tooth roots as well as pulp. So, this is preferably a dental procedure which is used to relieve root canal pain and also remove infected material.

There is a presence of blood vessels as well as nerves in the root canals. Other than sensing cold, heat, as well as other stimuli, not such specific purpose,is served by the tooth nerve once an adult tooth has emerged from the gums.

So, the effective removal of a nerve in an infected tooth is considered to be a standard procedure for treating teeth pain which is caused by infection or decay in the tooth pulp.

Also, the root canal treatment in Melbourne has become very much popular these days.

There are many common causes of root canal which include:

It is recommended to take a root canal treatment by your dentist in case the cause of your teeth pain is an infection in the tooth pulp or serious decay.

Signs That You Need A Root Canal

It is not that all types of teeth pain are indications for a root canal. Also, there are several signs of infection which are severe enough to require a root canal. It includes:

How Much Does A Root Canal Cost?

While coming to the cost, it is seen that a root canal procedure is preferably less expensive than having a tooth replaced as well as removed with a dental implant. In the United States, on an average, the cost of a root canal is about $ 520 for a molar as well as $350 for an incisor.

Depending on the type of dental professional who treats the problem as well as the severity of disease, this cost usually varies. An endodontist may even charge much more than a general dentist.

A root canal is generally considered to be a multi-step dental procedure which involves removal of the infected tooth pulp from a tooth as well as sealing it in order to protect against future teeth pain.

Root Canal Aftercare Or After The Root Canal Procedure

Getting A Crown After The Root Canal

Mainly, in the center of the tooth, a special composite filling will be placed at your next appointment which occurs usually up to a week or a few days.

A crown or some other tooth restoration is always needed in a tooth that has preferably undergone a root canal. It is required to protect the remains of the tooth as well as to guard against future tooth pain.

Pain After A Root Canal

Some tooth pain, as well as sensitivity, may be experienced after a root canal. So, in order to avoid future tooth pain as well as maintain your crown, you should be sure to follow a regular oral care routine.

Also, you should try the usage of soft-bristled toothbrushes as well as oral care products which are specifically designed for sensitive teeth if you observe increased sensitivity of tooth after a root canal.